The one about the fraud…

It’s been a while since we last updated you, and we’re sorry about that. We have been desperate for good news before telling you of the obstacles we have overcome.

It turned out that the overseas app developers we hired, ‘Salentro’ were a fraudulent company. In retrospect, the price they had quoted us was too good to be true, and it turns out the reviews they had, their website, and their online profiles, were all fake.

We were strung along for months, promised work that never came, teased with graphics that looked like action was happening, before eventually realising they had conned us. They weren’t going to deliver the app or give us the money back, and we thought the worst had happened – that the crowdfunding money was gone. To say we were gutted is an understatement. However, we were never going to quit.

Following an investigation with the fraud department at Barclays, who we made the payment to Salentro from, thankfully, we managed to get the money back, as the bank honoured the case. The relief was massive, and hope was restored.

Determined to find a way to get the app built, we pressed on, and are very happy to say we are now able to share some brilliant news. Even more carefully, we have selected new app developers, this time, based in the UK.

Innershed, based in Norwich, have a fantastic reputation for quality app work. Not only have they taken the project on, they are excited to help us deliver Rise & Shine while using the resources we have at hand, namely serious skills from our supporters Lingo Design, who are supplying the graphic design interface, while Innershed provide the code to the app.

An Android version of the app is now officially, *properly* underway. This will be followed by iOS in due course – but more on that later.

While the nightmare was unfolding we had continued with our audio track development, writing, recording and editing – and we are excited to say we now have 25 completed audio tracks for the new app. Our new website (we weren’t sitting on our laurels) also allows you to purchase and upload tracks directly to your device, no need to wait for the app!

Yes things have taken longer than we expected, but when we do finally get the app launched, it will be all the better for it!

Overcoming obstacles, ups and downs and triumph in the face of adversity is truly in line with what the ethos of Rise & Shine. We look forward to the time we can laugh about it and say “Remember the time we got conned, but got our money back?!” Life isn’t always easy, but every day we wake filled with positivity, determination and we keep working on this app to allow you, and us to Rise & Shine.

Watch this space for more app updates in the coming weeks, and thank you for your patience and continued support. 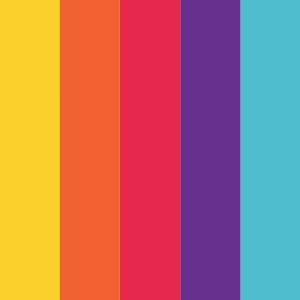 A testament to the process