There’s a huge degree of frustration that we’re not posting the: ‘It’s-now-live-in-the-App-store’ news post yet – and instead, we’re writing yet another post about how development is going – BUT… once again… it’s mouthwateringly close, and relentless optimists Matt and I are starting to get excited again!

Because we want to keep you updated – even though we might feel we’re in danger of sounding like a stuck record – we want to share that we’re still going strong, edging ever closer to the goal – there’s progress, and crucially, there’s still a brightening light at the end of the tunnel.

The latest development version of the app; version 32, yes, thirty-two… went live to test this morning, and I’m pleased to say, it is behaving with more stability than ever before. Some of the critical features we’ve been refining are not only working, but they’re working smoothly, reliably. Yes, we’ve already spotted a few other bugs, but they’re getting smaller and smaller each time – it feels like we’re super-exterminators!

With nearly 50 tracks recorded with new narrators, produced by new producers and uploaded to the ‘back-end’ of the app, all categorised and tagged neatly so they can be searched, the content is looking (and, more importantly, sounding) fantastic. We can’t wait to share them with you.

So what next? Matt and I will test V32 this weekend, and if it behaves well, we’ll be reporting to our developers on Monday morning to go ahead with V33 – and we can roll that out to our valued team of internal user testers* next week.

This app-building business is a detailed process, far more complex than we ever considered – despite having built 2 apps before, this is another level and has taught us so many lessons about ‘being in it for the long haul’. I’m sure many would have given up by this point – but something about the dogged determination that Matt and I have means we can’t let it go, we won’t until it’s done!

I can’t wait to update you again next week…I’m sure there are going to be big updates… in the meantime please keep your fingers crossed, and enjoy this screenshot from the track-listing section as a tease for the full app design – coming soon… no, really!

*P.S. We’re still welcoming user testers who want to get a year’s free access to the app by helping us test it before it’s launched. To find out more visit the user testers page. 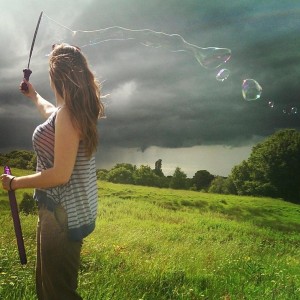 You’ll get: occasional newsletters, early access to the app(s), and new features, special offers and related news. We’ll never pass on your email address to anyone else.

the home of dreamy bedding online